What on Earth are coordinate systems and which one should I use? Part 1/3. Let´s clarify some concepts. 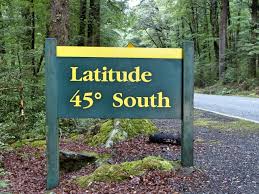 If you have ever dealt with spatial data you might have heard (at least once) one of these three words: datum, coordinate system and projection. What do they mean?

Datums and projections are algorithms that help us represent real-world objects sitting on a 3D surface (the Earth surface with its topographic features: mountains, valleys and submarine chasms) into a plane or 2D surface (our beloved map).

You can find more information about the differences between the concepts of datum and projection in this StackExchange thread (I’ve already taken part of my definitions from it).

All projections cause distortion! Or, as other people put it… maps have been lying to you

The different classes of projections that minimize distortion of a particular property receive different names:

There are also projections that try to balance out distortions in all properties (compromise projections) but at the same time, don’t preserve any of the four spatial properties of area, shape, distance, and direction.

Public administrations provide guidance about the accepted/recommended projections for a particular area (states’ official projection). For example, if your study area is in Australia you can check the GEOSCIENCE website and there you will find information about the current Australian coordinate system.

I´ve found ESRI’s definition of coordinates systems very useful: A coordinate system is a reference system used to represent the locations of geographic features, imagery, and observations, such as Global Positioning System (GPS) locations, within a common geographic framework.

Each coordinate system is defined by the following:

In practice, coordinate systems can be classified in two groups:

If you´ve ever used a GPS or Google maps you are familiar with the use of geographic coordinate systems.

More technically: a geographic coordinate system is a common spherical coordinate reference system for specifying location of features on the curved surface of the earth. A network of intersecting lines consisting of north-south lines of longitude and east-west lines of latitude creates an imaginary mesh around the globe. Such a network (graticule) allows for the description of the position of any point on the surface of the earth.

A geographic coordinate system doesn’t have constant lengths, angles, and areas across the two dimensions. Degrees of latitude and longitude are not consistent units of measure for area, shape, distance, and direction (have a look at the units of the above map: grid cells differ in size and shape when you move from the equator to the poles).

When do you normally use geographic coordinate systems? To explore, visualize and present continent-wide and world-wide data (small spatial scales and large spatial extents in general). Latitude-longitude is a good system for storing spatial data but not as good for viewing, querying, or analyzing maps.

A very famous projected coordinate system is the Universal Transverse Mercator (UTM), with effects on map distortion that you can see in the video above.

When do you normally use projected coordinate systems? Local and regional studies (large scales and small/intermediate spatial extents in general). When you want to make accurate measurements from your map and/or preserve one of the above mentioned properties (area, shape, distance or direction).

Do you want to learn more? Where can you find good resources?

Geokov is a great educational website where you can find a very good explanation of datums, projections, distortions, and lots of useful links related to this topic and many more things in relation to the fundamentals of mapping and cartography .

There is a lot of documentation about coordinate systems, projections, etc. in the user’s guides/manuals or online help resources of the main GIS hardware developers. Have a look for example at the online help of QGIS or ESRI.

GIS resources for Ecologists (and others!)

2 thoughts on “What on Earth are coordinate systems and which one should I use? Part 1/3. Let´s clarify some concepts.”

What can you find in Ale´s blog?

Links to stats software and resources